← back to
Whirlwind Recordings
Get fresh music recommendations delivered to your inbox every Friday.
We've updated our Terms of Use. You can review the changes here.

'Towards The Centre Of Everything' - Album Trailer

Towards the Centre of Everything 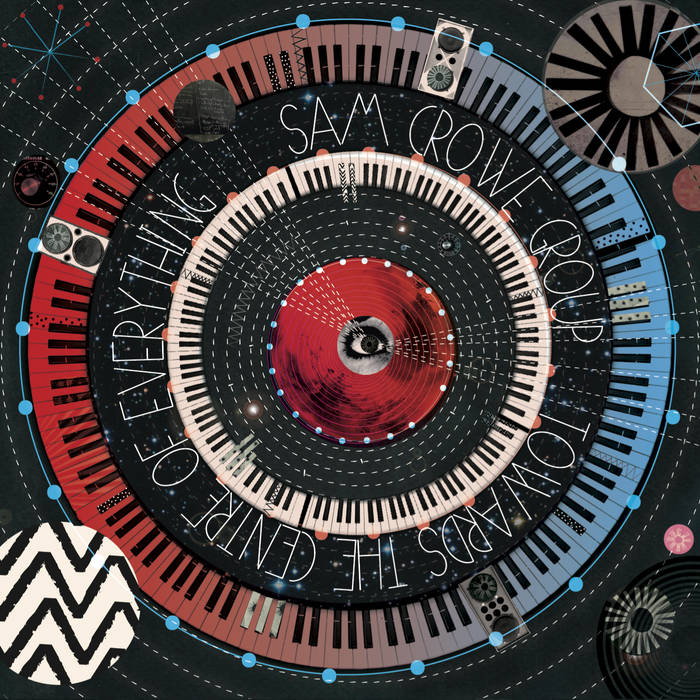 Peter Stickland I can hear this again and again and it delights each time.

Towards the Center of Everything is the second solo album from pianist & composer Sam Crowe and his first for Whirlwind. Featuring a set of original compositions and a genre-mash of styles, colors and moods with improvisation as it's focus, the supporting cast features some of the most cutting-edge young improvisers on the planet.

The album is a no holds barred development of rhythmic textures and epic themes heard on Crowe's critically-acclaimed debut Synaesthesia with an added New York sensibility to the performances. There are rock and 'drum and bass' influences as well as an ever-present folk feeling to some pieces which weave a narrative through moody and modal harmony. This is cinematic music of the now; the result of Crowe's lifetime pursuit to amalgamate his ever-evolving palette of musical influences from across the genre-spectrum, both past and present, with improvisation as the guiding thread.

"A powerful artistic statement... A real musical intelligence at work...An album that should ensure that Sam Crowe’s star continues to rise."
★★★★ The Jazz Mann

"Want to be cheered up? Want out of the corrupt, soulless, commodified, unfeeling, number-obsessed, money fixated, fearful, prejudiced superficiality that is today’s Western existence? Buy Towards The Center Of Everything, press play and escape to a wholly better world!"
The Jazz Breakfast

"This is multi-faceted music by a composer who wants the best of all worlds."
CD of the Week, Evening Standard

"New Season Highlight. The best Whirlwind release so far? Well that depends on your criteria, but for me it is, based on the life in the performance and the quality of the compositions and improvising group interplay. A robustly creative album."
★★★★ Marlbank

"Crowe’s compositions are superbly constructed and executed by a killer band that navigates them with ease and panache with Davies, in particular, turning in consistently great solos."
Idrum Magazine

"The pianist's excellent debut album, Synaesthesia, was a standout release for 2010, and after some early listens we're pleased to report that its impending follow-up lives up to those same high standards. Engagingly melodic and intelligently constructed throughout."
Jazz UK Magazine

“The excellent Davies whose unclichéd guitar playing does much to add a distinctive quality to the Crowe group sound. Davies really soars here.”
The Jazz Mann

“There is some inspired guitar soloing from British newcomer Will Davies that is reminiscent of John Scofield.”
UK Vibe

"An impressive effort that has a real drive and free-flow energy about it. Thoroughly recommended."
★★★★ Jazzwise

"A fierce musical intellect"
The Jazzman

"Some of New York’s finest young musicians have been enlisted for the session which was recorded in the Big Apple and the all original compositions are deceptively simple, yet immediately infectious and that bodes well for the future."
★★★★ UK Vibe

"It's a set of robust originals in which Crowe writes impressively for the sax/guitar voicings that made Synaesthesia stand out, and his tunes are lifted here by the extra firepower. The backbeat-driven title track features Vinson's soulful alto and Davies's shapely reflections; the chiming, floaty Gaia engages Crowe and Hampton in an elegant dance; and Guiliana's hip-hop precision marshals the riff-melody of The Global Brain."
The Guardian

"Crowe is a class act, both as composer and pianist."
Vortex Jazz Review

Bandcamp Daily  your guide to the world of Bandcamp